Estonian Agency of Medicines: every side effect report is checked thoroughly 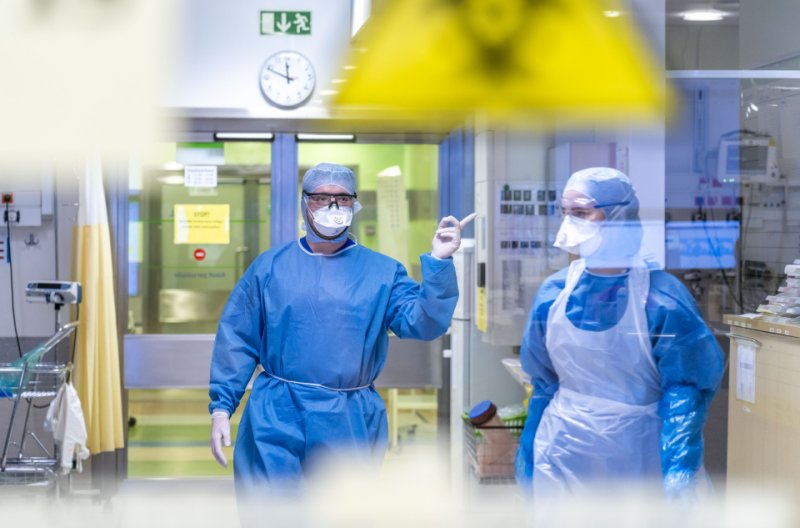 Like with all the other medications, reports about side effects are collected by the Estonian Agency of Medicines. On the 4th of October, there were 1 375 659 doses of COVID-vaccine done, and the Agency had 5140 reports about possible side effects. The percentage of reports for the doses is 0,37.

All known vaccine side effects are also included in the information letter of the vaccine.

Health issues that develop after the vaccination, must be discussed with your doctor. Even if it might not be related to the vaccination, it opens the opportunity to diagnose and treat the cause of the symptoms.

How reports of the side effects are collected?

The Estonian Agency of Medicines gathers the data about side effects and gives its primary assessment, whether this type of symptoms might be related to the medication or something else. In cases that include serious reactions, the Agency always asks for medical confirmation from the patient's doctor.

The database of side effects can't be used to assess the safety of any medication or vaccine because the database includes every report that is made, but only after that, these reports are thoroughly checked and assessed.

Estonian data is sent to the database of the European Medical Agency. The safety of vaccines is authorized in its committee of human medicines and risk assessment, where Estonian experts are involved. Monthly, all safety reports are reviewed, and to authorize the safety, a huge amount of data is processed.

A lot of people are vaccinated against the coronavirus within a very short period of time. So it's highly likely that some of the illnesses worsen or develop during the same time of the vaccination, but it's not caused by it.

To assess the safeness, it's important to include the percentage of these illnesses in the population. When data all over Europe is analysed, and some illnesses occur more often in vaccinated people or in some of the age groups of vaccinated people, it's a clear signal of danger. If it's confirmed, it'll be assessed separately, and after a clear connection of the cause is found, it'll be added as a side effect to the information letter.

Safety data assessment so far has shown that the benefits of all four vaccines against COVID-19 over weigh the risks. Adverse side effects are very rare and often preventable, quickly diagnosed, and treatable. In order to diagnose and treat them on time, patients must inform their doctor about all complaints.

Warnings about what to notice can be found in the information letter. If you have any questions, it's advised you to get them answered by your family doctor, or by state family doctor's helpline 1220.

All COVID-vaccines currently available are effective against all strains of SARS-COV-2 and prevent falling seriously ill.

What are the most common side effects?

Common and uncommon side effects of COVID-19 vaccines

Reports of the ineffectiveness of the vaccine

Reports include the notes about the ineffectiveness of the vaccines, which means cases where vaccinated people develop symptoms and fall ill with COVID-19. Up to the 4th, of October, there were 320 cases, and these were mostly reported by the doctors.

Reports of other serious reactions

196 reports describe a serious reaction that has developed within a time period after the vaccination (this might not be related to the vaccine but a coincidence). 47% of the reports (92) are from patients and 53% (104) from the doctors.

There have been 39 thrombosis cases that happened within the vaccination period, but according to the current data, common thrombosis is not related to the COVID-19 vaccines. The only exception is the thromboembolism in veins, which is described as a side effect of Jannsen vaccine, and so far three reports describe cases like that.

Reports of the side effects resulted in deaths

Between the 27th December 2020 to 4th of October, the Estonian Agency of Medicines had 24 reports of the possible side effects that resulted in death. Four of them are considered to be likely connected with the vaccination or that can't be excluded. All deaths (even when these might not be caused by vaccines) are published in weekly announcements about the side effects.

As written above, four cases are considered likely to be caused by vaccination or that can't be excluded.

— likely to be caused by the vaccine (Vaxzevria): a 31-year-old man died because of thrombosis with thrombocytopenia (1.-7. March).

—  likely to be caused by the vaccine (Vaxzevria): an 81-year-old man died because of immune thrombocytopenia and haemorrhagic shock ( 3.-9 May)

-  likely to be caused by the vaccine (Vaxzevria): a 73-year-old woman died 2 months after the vaccination because of the hematoma complications caused by the thrombocytopenia (26th April–2nd May)

- can't exclude the relationship with the vaccine (Vaxzevria): a 63-year-old woman with a fever fainted, fell, got a head injury, and died. (8.–17 March)