Virologist: COVID-19 wave will recede for summer to return in autumn 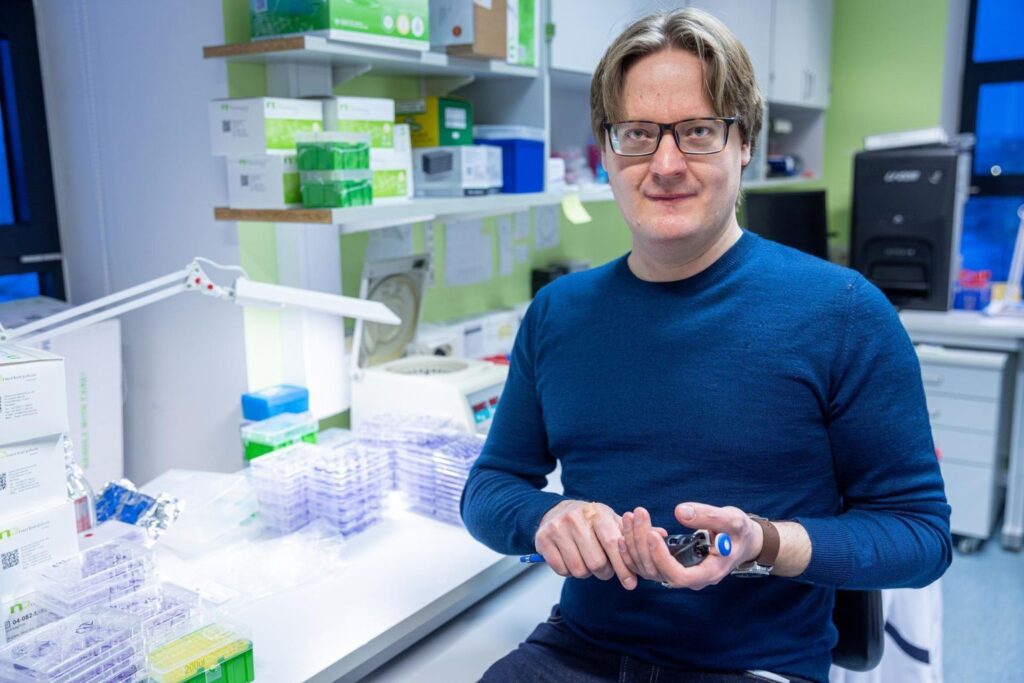 For weeks, the new cases of the coronavirus are falling in Estonia. Does it mean we can breathe freely, and say we've left the Omicron behind, or do we have to prepare for something else? We asked that from the virologist, Margus Varjak.

Are we almost through with the Omicron?

At this stage, the Estonia data confirms that in general, the virus recedes. There might be ups and downs here and there, when it comes to new cases. At the same time, it's worrisome that the number of hospitalizations with COVID-19 has stayed on the same level.

Looks like SARS-CoV-2 is a seasonal virus. That means – the numbers increase in the autumn, and drop in spring. As we move towards the summer, we shouldn't have any bad surprises. But everything we know so far, still stands: it's important to get vaccinated, booster doses included. Also, you shouldn't go to public spaces, when you're ill, including work and school.

There are new variants of Omicron: omicron-2 (BA.2), and now XE. What are the main differences compared to the initial Omicron? What's the state of spread in Estonia?

The strain that formed a new variant, called Omicron, developed some time in spring or summer 2020, and it was left unnoticed for a while. Omicron 1 and Omicron 2 were separated a year later. Both variants arrived in Estonia with a short interval, first Omicron 1, and soon after that Omicron 2.

Omicron-2 is spreading faster than Omicron-1, and lately, there was a remarkable after wave in the UK lately. Currently, the main variant in Estonia is also Omicron-2.*

* Based on the statistics from the 11th of April by the Estonian Health Board, Omicron-2 variant is the cause in 93% of the cases.

XE strain developed as a combination of Omicron-1 and Omicron-2. There aren't too many XE cases in the world yet, and no cases in Estonia just now. It's too early to tell about, what it's like, but it's likely that the spread is better than other variants of the Omicron.

A lot of Estonian residents are already recovered from the Omicron. Does it mean they are protected against the other Omicron variants?
So far the data confirms that one variant of Omicron protects against the others – at least in spring, but we're not sure about the autumn. There's no difference in between these variants when it comes to the efficacy of a vaccine, which will protect against the severe illness.

It's true that during winter, there were people who had COVID-19 for multiple times. It was because they recovered from a pre-Omicron strain, and it didn't protect them against the Omicron. For example, if they had Delta strain in December, the risk to catch Omicron in March was there. Also, there's a small percentage of people, who had Omicron-1 first, and then caught also the Omicron-2. How it happened, depends on a person, but usually it's related to the weak immune system: cancer patients, elderly, people with diabetes.

Scientists from different countries are convinced that there'll be another strain and another wave. Why are they so sure? Can something be done to prevent new strains and variants forming, or is it a part of the process?

SARS-CoV-2 is seasonal, and if a wave here recedes, it starts spreading to the southern part of the world, and returns here in autumn. Based on the current data, it looks like SARS-CoV-2-st will become a 'usual' flu-like virus. It's like that in highly vaccinated countries. New vaccines against SARS-CoV-2 are also produced, so we can hopefully control the spread in the future.

Are current vaccines, that are produced to protect from the initial strain, able to create immunity against future variants of COVID-19?

These vaccines have lasted quite well. The risk of still contracting the virus didn't disappear, but the protection against hospitalization was there. There's always a risk that new strains will pass the vaccine immunity, but luckily there's a technology that enables to create new vaccines fast.